Brent Daniels - Every Road Has a Turn 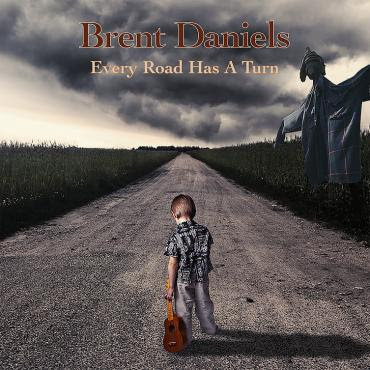 Brent Daniels - Every Road Has a Turn


Sometimes albums signal their quality before you even hear a single note of music. The assortment of top flight Nashville players who signed on to guest on the debut release from Brent Daniels, Every Road Has a Turn, are among the elite working in the genre today. These guys don’t need the paycheck. Steel guitarist Steve Hinson and Tim McGraw’s long time guitarist Troy Lancaster are among the best that the form has to offer and, if they turn their attentions to help someone with their debut album, the chances are quite high that you should be listening to that new artist. Their faith in Brent Daniels and his talents aren’t misplaced. His debut album might run a couple of songs too long, but Every Road Has a Turn is an otherwise fine effort in the modern pop country vein that never entirely forsakes its roots.


Those roots are showing on the album’s first song. “My First Friday Night” is relatively standard fare for the genre, a man ruminating on his uncomfortably new found freedom following the end of a long term relationship, but every element of the song locks in so tightly with the other that you can’t help but be impressed by its construction. Daniels is who makes the song really live, however, with his plainly emotive vocal. There’s no need for artistry on the album’s second track. “My Truck’s Bigger than Your Truck” is a hit waiting to happen, a countrified rocker with big guitars, an obvious as a heart attack chorus, and an unabashedly gleeful vocal from Daniels. A commercially minded album like this needs tracks tailored in such a way – there’s a sizable contingent of fans who want these kind of tracks they can scream aloud to and identify with. Daniels makes it happen in a big way – no pun intended. “Long Way from Leaving” has just the right amount of push without ever overplaying the song’s scenario and Daniels cuts his voice to suit the song’s needs. He shows a lot of vocal personality throughout Every Road Has a Turn, but this song gives him more of an opportunity to do so than the preceding two songs do and recalls how inspired he sounded on the opener.


There’s something much simpler, life-affirming even, about the sentiments of “One Big Party” when compared to other “good time” songs on this album and that helps the track stand out. It has great, forceful drumming that lays down a strong groove for the band to follow and wisely spices up the tempo along the way. The acoustic ruminations of “Hold On” turn listeners’ ears on to a different side of Daniels’ vocal character than we’ve heard so far and he unwinds the lyric with sensitivity and palpable emotional ache. The speaker in “Need a Little Love Right Now” clearly has a blue streak running through his soul and Daniels embodies that with just a dollop of weariness in his singing. The song has another strong chorus in an album full of them and Daniels tackles it with all the gusto he can manage. He finishes things off with the song “I’ve Been Gone”, a supremely delicious musical blow off to a former romantic partner that stays entertaining despite the very real bite in its lyrical content. Daniels, wisely, doesn’t weigh the vocal with an overdramatic singing style and it makes the performance even better. It echoes the traditional country style of songwriting while retaining a modern commercial edge. There’s across the board quality on this release that goes far beyond simply making a good product – this release, like anything good you hear, is a full on team effort that results in a top notch piece of professional music with feel and good times galore contained within.