Francine Honey - To Be Continued LP 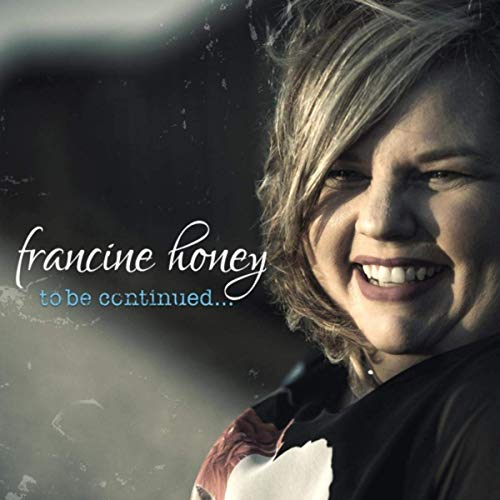 
You can hear some of the former civil servant in Francine Honey’s latest collection To Be Continued… coming through in her intense interest in our humanity and the suggestion of community overarching much of her material. Many of the album’s eleven songs are lit internally by the implication Honey is sharing her personal experiences with us, how they changed her, and inviting us to glean what we might in hearing them. This willingness to shed shields so others might know our secret hearts is often one of the defining elements of great art. Francine Honey is a more than capable entertainer, but there are numerous moments on To Be Continued… revealing her as much more than a mere “song and dance woman”. Those moments come in songs clearly reaching beyond the purview of popular song and attempting to make a lasting statement of what she has seen, how it made her feel, and how it transformed her.

“Snowflakes in My Eyelashes” is one of the earliest examples of that artistry at work. Essentially a poem set to music, the imagery is pinpoint and never clichéd, though Honey skillfully invokes a set of familiar emotions. The slow build of the arrangement never weighs down the song – the sparse placement of instrumentation gives Honey plenty of space to weave her vocal magic. Her clear attentiveness to every line helps make her stand out in the modern music world, few show such across the board discipline, but Honey makes each line matter in a way that makes the stakes seem higher than they might otherwise. “Stay” is an expert weave of country weeper with some rock guitar tossed in for good measure. The guitar work largely restricts itself to biting or emotional fills dropped in throughout the song’s duration, but there are a couple of occasions where the six string rips out some piercing lead work that punctuates the tune. Piano, a mainstay instrument on To Be Continued…, leaves a melodic mark on the song as well.

You can’t say the title song is any one thing. It has aspects of a folk song and packs a ton of narrative into less than five minutes, but the light touches of horn haunting the backdrop of its mix and moody piano contributions place it in another realm entirely. In the end, “To Be Continued” is a superbly written song with a satisfying literary bent, yet never pretentious or stilted. Honey uncovers the meaning of her reflections and listeners are invited to witness her discoveries but, ultimately, you will relate for your own past and the seeming promises of years long gone by. “Honey” changes things up with a rolling blues rife with specific details that make it burn even hotter for listeners. It’s a real pleasure to hear how Honey leans into the chorus vocal and achieves everything she wants without ever coming off hamfisted. There’s some real subtlety in the songwriting for attentive listeners.

“Shacked-Up Sweetie” is a package deal, including both the recording and an accompanying music video, but the song stands on its own as a first piece slice of country rock with a blues flourish. The arrangement keeps “its head down” for the most part, charging ahead in a straight forward fashion, and the piano underpinning the rhythm guitar gives it some extra bounce. Lead guitar flashes to life at all the right points and Honey wisely underplays the vocal a little rather than attacking it in a bucket of blood blues queen style. Make no mistake, however, the video more than serves its purpose – it gives the song a visual story to link with the recording and stands on its own, as well, as an appealing promotional clip for the album.