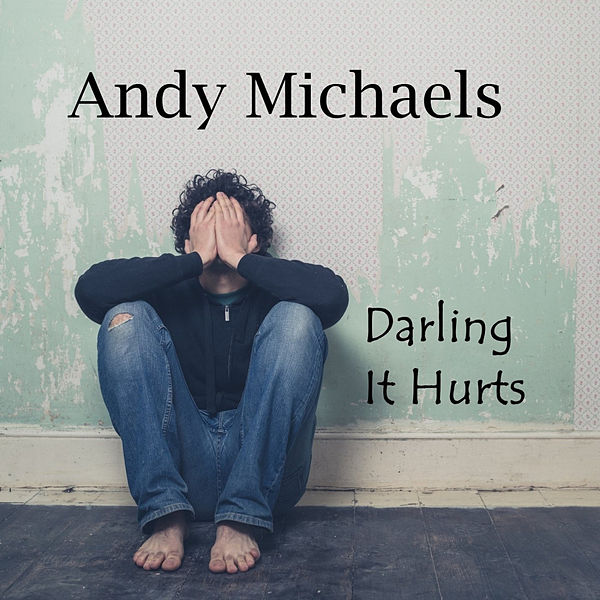 Surrounded by a vibrant melding of string play organized into a perfect harmony, we find the lead vocal of Andy Michaels ready to seduce anyone it comes into contact with in “Darling It Hurts,” his latest single from the album Incendiary Heart. Like its parent album, “Darling It Hurts” is a product of surrealism without question, but at the same time, it also provides us ample evidence of the complex compositional wit that Andy Michaels possesses when he’s in the studio.

This Perth, Australia-based powerhouse has been creating a lot of buzz across the Pacific in the last year, and if you want to know why, I would probably point you to the video for this track before anything else. Despite its grandest feature being the potently emotional soundtrack, the video for this song provokes a reaction made all the more intense by the intimate visual landscape it presents us with (which, I might add, is perfectly synched with the lyrical narrative of this composition). Michaels may not have set out to craft his best song yet when he recorded this single, but nevertheless, I think that’s exactly what he’s done here.

The equalization of both vocals in this track is very streamlined, but I don’t think I would describe it as being pop-influenced outside of its polished cosmetic front. The instrumental side of “Darling It Hurts” is debatably just as smooth, apart from the raised textures on the rustic string parts shaping the rhythm of the song from the background, but whether it’s the content of the verses or the substance of the harmony that Michaels is leading here, there’s something about the lyrics in this single that feels just a bit more captivating than anything else in the track does.

I love the way that the strings were arranged as to reduce the tension created by the duet’s melodic ascent, and to some extent, I think that the relationship between these two elements in “Darling It Hurts” actually tells us a vivid story all by itself. There’s no hiding how much talent this Aussie is working with in this track, and in my opinion, its seamless construction alone makes Incendiary Heart worth picking up this spring.

If you haven’t seen the music video for “Darling It Hurts” or browsed through the tracklist of the album it was cut from, now is the time to get yourself introduced to the latest works of Andy Michaels, who by all accounts is taking the underground world by storm this year. Michaels is facing some of the toughest competition that we’ve seen among indie artists in well over a generation, but if he keeps the attitude that he’s brought to this most recent release, I think he’s going to see his momentum continue to grow both at home and abroad over the course of 2020.

As I previously noted, I believe this to be his best work yet, and according to the critical consensus I’m hearing on the international circuit, I’m far from alone.