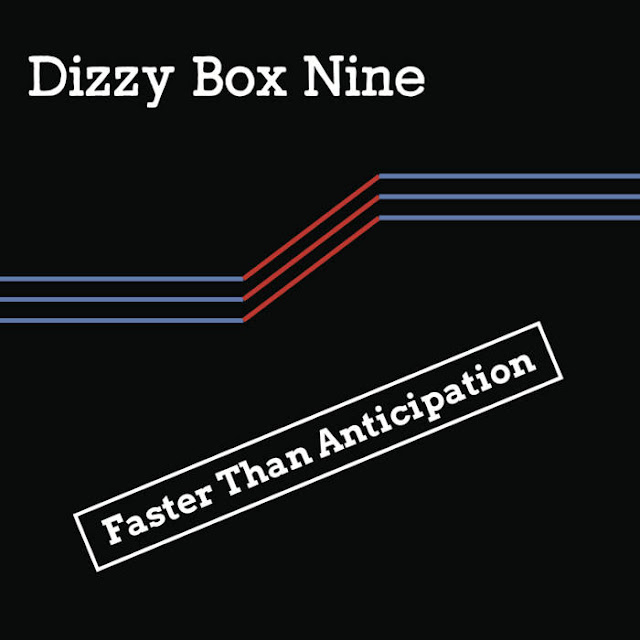 If you’ve ever wondered what happens when fiery guitar licks, wild pop hooks, smooth vocal harmonies and radio-friendly rhythms get thrown into a post-millennium blender, getting ahold of Dizzy Box Nine’s Faster Than Anticipation LP should be a top priority this summer. Outfitted with fourteen party-starting tracks, including the feel-good “Friday Night,” “If This Is Real,” the distortion-packed diary entry “Near You” and single-caliber “This Is All For You,” Faster Than Anticipation never gives us a chance to catch our breath – it just keeps rocking harder and harder as we go. Valuing melody as much as they do the virtuosity of speed and efficiency, Dizzy Box Nine give us an album that is everything Pop Fantasy was and more in this latest release, and for those of us who were swept away by that LP’s sizzling tracklist, this couldn’t be hitting record store shelves at a better time this July. Rockers needn’t look any further for a cathartic good time than this album’s content, and something tells me that I’m not going to be the only critic remarking as much this season.

There definitely a raw, punkish element to “Phone Bill,” “The Sun Came Out The Other Day,” “Little By Little” and “If This Is Real,” but there’s nothing in Faster Than Anticipation that I would say qualifies as being particularly abrasive or inaccessible to the casual rock fan. The framework behind the majority of the music here is steeped in pure pop aesthetics, with songs like “Near You,” “OK, OK,” “It’ll Be OK,” “Let’s Go Skating” and “Friday Night” exhibiting as much of The Beatles as they do Blink-182, but it’s worth pointing out that they share little – if anything at all – of their faceting with contemporary radio pop. Personally, I’d really like to hear all of the aforementioned songs in a live setting, if for no other reason than to hear how Dizzy Box Nine would broach performing them outside of the studio environment. The compositional integrity behind Faster Than Anticipation’s best moments is more than flexible enough to support multiple medleys and extended jams, and that much is obvious even to the most novice of critical ears.

I fell in love with Pop Fantasy the first time I listened to it, and I will say that Faster Than Anticipation doesn’t disappoint as its sequel by any means. One of the reasons why I have a lot of respect for this group is because of their ability to evolve their sound without abandoning any of the core aesthetics that gave them an edge over the competition to start with. They’re still the same band they were when they recorded their debut, but they’re refining the skillset they began with exponentially through consistent creative chemistry (which I don’t see going anywhere anytime soon). They say it’s a rough time to be a rock n’ roll group right now, but from the looks of how Dizzy Box Nine feel about life, they aren’t experiencing any of the stresses their closest rivals have been.