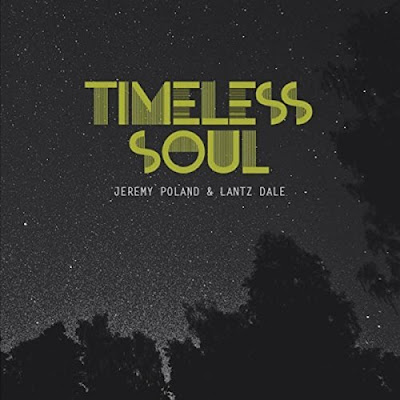 
The acoustic duo of Jeremy Poland and Lantz Dale’s first album together as performers, Timeless Soul, is a natural outgrowth of their collaboration together on Poland’s debut album Southbound Heart. These talented artists discovered they have a rare rapport and, not wanting to turn out a set of songs that might have been heard as a carbon copy of his initial release, Poland opted to pursue a more laid back approach on this release. Despite the acoustic sound, however, Timeless Soul gives up nothing in the substance department. These seven tracks are every bit as meaningful and meaty as anything on Southbound Heart and there’s an impressive completeness to the tracks despite their relative simplicity that’s the kind of stuff important music is made of. The vocal aspect of the release is equally memorable. It’s not often that you hear two voices tie so effortlessly into one another, but many of the songs on Timeless Soul are marked by the effervescent harmonies Poland and Dale conjure together.


Some of those harmonies come into play on “All Yours Now”, the opener, but they will get even glossier treatment as the release progresses. This is one of the standout tracks on Timeless Soul for a couple of reasons, at least. The first is the chorus – it skillfully incorporates the energy level and propulsive force rock listeners crave from their music while maintaining the sort of catchiness one might expect from a Jeremy Poland song. The other obvious strength is how well the verses wrap into the chorus, never sounding like two otherwise unlike passages married together for effect, and it suggests something about the naturalness with which the two performers composed the songs for this release. “All Over Again” is the sleeper cut on the album that shouldn’t be overlooked. It shows a little more musical diversity than many of its counterparts, tackling a style that doesn’t appear to be a ready made fit, but Poland and Dale prove to be ideal for. “I’m a Wreck”, however, is a perfect all-around fit for their talents from the outset and provides listeners with the album’s most transcendent moment. The contrast between the beautiful arrangement and agonized lyrical content couldn’t be sharper, but it’s a shrewd move from any standpoint. The choice allows the duo to shape the song’s message in such a way that it goes down easier with the audience rather than leaving them mired in the singer’s despair.


“Where Did It Go?” is another song cut from the same cloth as the opener, but it has more consistent energy rather than sharply amping the intensity up a gear for the chorus. The album’s concluding track, “Timeless Soul”, is everything a meaningful title song should be. It’s longer than any other song, not by a lot but enough, and has the slowly developing drama that the extended time affords. It ends the release on an apparently deeply personal note and that’s in keeping with the album’s feel as well – Timeless Soul feels like a bit of a musical love letter from Poland and Dale to the world at large and, judged on those merits alone, succeeds wildly.