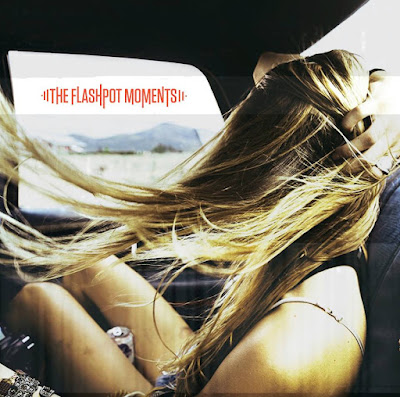 
The eleven song debut of The Flashpot Moments will stick in your memory after even one listen. Singer, songwriter, and occasional drummer Tim Cawley has released a powerful reminder of melodic hard rock’s ability to connect with audiences in an age when other forms occupy more of the popular consciousness. His vocal and songwriting talents are considerable, but he’s never risks self-indulgence on this release. The songs are tightly focused and geared to entertain, but there’s a lot of intelligence going into these cuts that makes the songwriting even more memorable. The Flashpot Moments leans more to the melodic hard rock end of the spectrum, but Cawley isn’t afraid to take the gloves off at the right time to hit listeners with uncompromising blasts of hard rock that swing like a mofo. This is a great debut by any stretch of the term and it’s apparent that the extended time Cawley invested in its writing and recording has paid off with quite a memorable debut.


“Places Unknown” is the clearest anthem on the album and sends the collection straight into the stratosphere from the beginning with a wonderful approach to vocals and guitars that enthusiastically support the singing. The second track “Strangers Dance” is the audience’s first deep glimpse into the range of Cawley’s songwriting talents. His ability to write songs that have universal meaning sets him apart from many much more labored practitioners of this form because he never feels like it’s a stretch – instead, Cawley’s singing and songwriting seems to sense these patterns characterizing all of our lives, these flashpot moments in our own lives, and he understand how to depict them in song. “On Some Awful Night” is our first hint of how convincingly he’s capable of rocking out and setting his melodic concerns on the backburner. The chorus isn’t quite as catchy, on purpose, as the earlier songs, but the passion in the tune is the same and you’ll be hard pressed to not listen again.


The real rock muscle of this release emerges for the first time on “The Learning Curve”. This is a balls to the wall, sleek rocker with great guitars and a particularly effective rhythm section performance, but it seems even a little pale compared to the full on fury conjured by his riffing in the track “Hands Up!”. He takes a common phrase here too and invests it with all kinds of meaning; the pay off line of each chorus is delicious and Cawley delivers it with obvious playful relish. The final rock-strained track on The Flashpot Moments, “Can’t Wait to Find Out”, has enough cynicism to power an entire album and the point of view is surprisingly sour, but he has the good sense to give it an appealing musical slant that keeps the experience from being unenjoyable. The album’s conclusion “The Last Stand” will wow many and its extended length isn’t daunting in any way. The same imagination making the rest of the album soar is in full effect here and puts a memorable exclamation point on this great album.