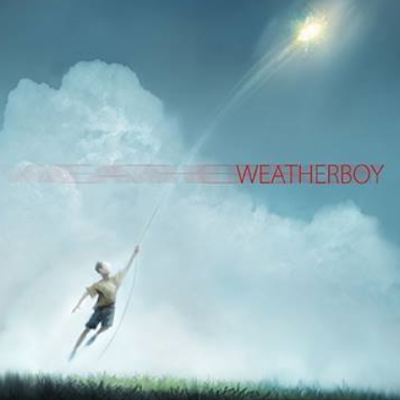 
Employing guest musicians working alongside them like no less than Grass Harp’s iconic guitarist Phil Keaggy, multi-instrumentalist Ragnar Rosinkranz and artist John Walquist ten song debut collection as Weatherboy ranks among the most compelling debuts in a commercial genre over the last five years. Let’s be honest however – despite the melody, glossy surfaces, and vocal beauty exhibited here, there’s very little that you’ll hear on Top 40 radio. Weatherboy has musical muscle to bring to bear as well as a sense of personal mission not campaigning for any cause but that of communicating their inner most thoughts to the audience in all its forms. The lyrics are an underrated part of the overall package – they are rather personal in nature and, thus, retain a little obscurity, but they communicate through image in such an impactful way they enhance their musical landscapes. Everything here is framed for maximum effect.
When you hear the vocals boasting about the good thing they’ve found in the opener song “Got a Good Thing”, it doesn’t come off as ham-fisted or insincere and listeners experience a similar effect with the second song “Great Great Life”. These two opening songs practically demand to be taken as a tandem and, having done so, they make a marvelous impact thanks to how well and unpredictably they weave brass, guitar, and rhythm section playing into a fluid and hard-hitting whole. “Riding on the Wind” is cut from a different cloth. Weatherboy temper their more pronounced pop inclinations in favor of something much more atmospheric and understated in comparison to earlier performances. The variety of colors at their disposal doesn’t sound readily exhaustible/ :Some more cynical listeners might be immediately suspicious of a song entitled “Good Morning LA”, but the duo’s aim is true as they pour out with a good natured song dedicated to the City of Angels. There’s more than a little melancholy coming out of this track belied by a friendly, good natured vocal. “Bennett” has a number of impressive musical ideas and some truly gut-wrenching and inspired vocal passages on an album brimming with such moments.
“Eva” is nearly pure unadulterated folk given only a slight pop spin thanks to the vocal and its evocative modern production. It seems outright simple compared to “All Your Fault”, a raw yet expertly dispatched meditation on competing emotions that the duo gets over quite nicely with some memorable contributions from Phil Keaggy. It sets up the album’s final tracks in a decisive way. “Home Fire” and “Full Bloom” are, largely, low key affairs, but the latter tune is particularly effective as a closer and the marriage of piano and voice alone stands in sharp and remarkable contrast with the album’s earlier performances. Weatherboy is a remarkable project by any standard, but the fact they are coming out of the gates with such quality and intelligence to burn suggests they may have remarkably brilliant dawns ahead of them as a partnership. This is an exceptional debut.