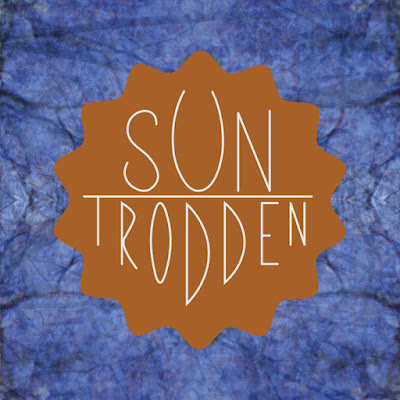 
Suntrodden III, the latest EP from Atlanta, Georgia based musician and songwriter Erik Stephansson, is a delightful experimental journey through mood and sensation using the vehicle of lo-fi recording and minimalistic composition. The collection opens with “There’s a Place,” which is a melodic and optimistic song, with a bit of a somber edge, reminiscent of some early R.E.M. tracks crossed with deep cuts from the latter years of the Monkees. The layering of instrumental movement and lyrical musing mesh beautifully to create a song that captures the very essence of a bittersweet attempt to exist encompassed with another person. It’s a truly beautiful tune that is inspiring while still being a bit sad.


The next track in this collection, “Pure,” is musically reminiscent of Radiohead’s commercially successful, critically acclaimed, and some might argue, cornerstone hit, “Creep.” However, Stephansson takes a very similar series of notes and arrangement and drains it of all bile-self-loathing, and pain, instead infusing it with an infectious joy, which is guaranteed to bring a smile to any listener’s face. Where, “Creep,” is a declaration of degradation, “Pure,” seeks a brighter answer to similar existential doubt and fear. This is possibly the most radio-friendly tune in the entire collection, but still manages to communicate some interesting ideas above and beyond the basic pop formulae, despite its eminently familiar feel.


“Moonflower,” the next track in this collection, takes a more somber turn. Though retaining the smooth and relentlessly airy melodic nature of the earlier tracks, “Moonflower,” seems to be the first track in the collection that dwells in the darker end of the emotional spectrum. The opening half of the song dwells in the darkness, relying on a deep piano melody to drive the song forward through a murky and reflective place. The vocal quality of this song remains in a more upbeat, poppy sort of register, but lyrically the song owns its reflective nature, making for a beautiful juxtaposition of sound and meaning. After the breakdown, the song evolves into a repeated, anthemic declaration.


Track four, “Never Again,” brings the collection back to an upbeat place, and definitely owns a clear Beatles/Monkees trip-pop feel.  Musically, it is easily the most complex track thus far, but retains a memorable melody that will stay with you and keep your head bobbing.


The final track, “The End (Haunt Me)” is an emotional and musical tour de force, revisiting the various instrumental, emotional, and lyrical destinations previously touched on in the album. Through the entirety of this track, Stephansson displays his unique prowess in acting as an emotional tour guide, bringing the listener on a brief, but enjoyable musical journey reminiscent of some of Lou Reed’s finest work.


All told, Suntrodden III is a deft display of songwriting prowess from Erik Stephansson. The use of lo-fi recording techniques, extant, real-world instrumentation, and a limited number of takes per performance show through in the final product as a raw, emotional piece of art. The effort was well worth it, and the care taken in the crafting of this EP is clear in the final result. I give Suntrodden III an enthusiastic 8 out of 10 stars, and highly recommend it!