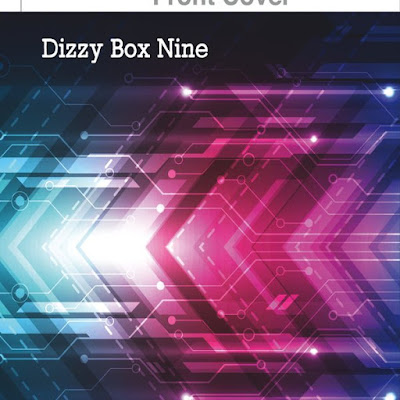 
CD BABY: https://store.cdbaby.com/cd/dizzyboxnine
The debut CD – Electric Illusion from Dizzy Box Nine, featuring the single “Good” is a pop album to keep an ear to as it unfolds with some of the best songs I’ve heard in years. This CD reminds you of everything that was good about pop music, with songs that hold their own with the best. There are so many influences here, that you can’t quite seem to nail them all down, but it doesn't matter because you’re too busy enjoying the unique style of Dizzy Box Nine.

You can call it what you want, but whatever you call it, there’s much to call on this CD. Electric Illusion has just about everything going for it except for a million dollar-mass campaign behind it. But that’s ok, Dizzy Box Nine seems to like to do things their own way, and it’s only a matter of time before more listeners get exposed to this group. Word of mouth can be a powerful factor in breaking bands into the mainstream, and there is definitely that type of potential with this band. What you get here is the real thing—fast-paced, melodic songs that leave you wanting to hit the repeat button a few times. It’s all upbeat pop and rock with soulful, positive, and relevant lyrics. The kind songs you used to be able to count on from pop bands of the past.

The band seems to center around the skills and vision of Randy Ludwig, who plays most of the instruments on this record. Lawrence Dunlap is also featured on drums on several of the songs. The guitar playing of Randy Ludwig is top notch and it’s cool how he fits so many different guitar parts into each track, and still ends up finishing these songs within about 3 minutes or so. Randy’s vocals are a perfect fit for these types of pop tunes. And the supporting vocals add richness to the music that is favorable.
There are several standout songs on this record, from the face-paced charmer “Oh Yeah!” to the hypnotic melodies of “When I Look At You” and “Good”, there’s a lot to offer music fans of all genres. I can see these guys opening up for a band like Train, but I can also see them opening up for Tom Petty or Blink 182. That’s just how it goes. These songs just kind of work.

There are some twists with songs like “Fantasy,” “Rosie” and “Crazy Superstar” with their more esoteric lyrics and storylines. And it all becomes complete with the laughter of “Punk Rock Girl” with its zany attitude, and even bigger bombs like “Samantha” which is a perfect ending to this record. Dizzy Box Nine may not be mainstream yet, but that doesn’t seem to prevent them from making memorable, melodic songs that seem to instantly hook you with the first listen.