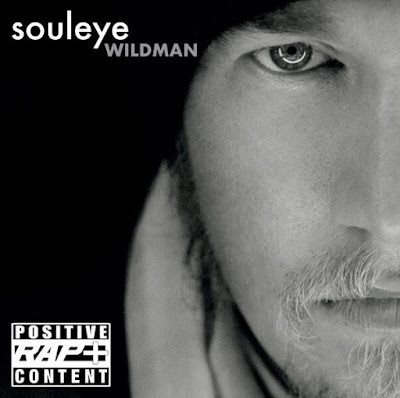 
Souleye has traveled a long since his school days as a star athlete and his life today, with fatherhood and marriage to one of the world’s most popular singers of the last quarter century- Alanis Morissette, has informed the unique message he pushes with his songs in a way few artists in any genre can claim. He has invited an assortment of featured artists, other vocalists, to work alongside him on Wildman and their appearances are invariably steered to the right songs where their influence ratchets up the intensity and overall quality several notches. Wildman owes its musical virtues to a broad based understanding of electronica and other common elements heard in EDM, but the substance filling each of Souleye’s songs is undeniable. Labels be damned – Souleye’s Wildman is one of the most compelling releases from any genre of music this year and will likely stand as one of his seminal works from this point forward.
It kicks off with a memorably energetic start thanks to the song “Dream Come True” and surges along thanks to the steady percussion driving it forward. Souleye’s voice takes on a lot of different shapes during this performance. The different sounds are, naturally, thanks to some post production touches and thankfully never go overboard. “Classic” dispenses with such moves, for the most part, and definitely puts more of the onus on a consistent groove to carry the outing. It has a couple of guest singers with the inclusion of Chachillie and Chantal Kreviazuk’s voices in the song. Lynx adds a lot as well during the title-song “Wildman” without ever really taking up too much of the running time. Moments like this bring unexpected bluesy and soulful notes to songs that don’t always announce their melodic virtues to the listener. There’s a lot going on musically in these songs however for the committed listener will to unpack their riches.
“Miles Away” has many of the same musical strengths setting the best songs on Wildman apart from the rest while still manifesting a surprisingly cinematic side that makes this one of the more emotional impactful songs on the album. There’s a strong soulful edge to the song “Fountain of Youth” but there’s an interesting amount of attitude here noticeably different than what we hear in earlier songs. Much of that difference is attributable to the influence of Wade Morissette on  the song’s development. It’s noticeably different from the song “Snow Angel”. Alanis Morissette’s contributions to this song are relatively limited but she brings a different character to the song than it would otherwise possess. Wildman will entertain hardcore hip hop fans who value intelligent material and casual fans as well thanks to Souleye’s broad based talent and commitment to writing and recording top shelf albums. This will likely end up being remembered as one of his absolute best and brightest moments thanks to its mix of the spiritual, intellectual, and physical quite unlike anyone else working today.