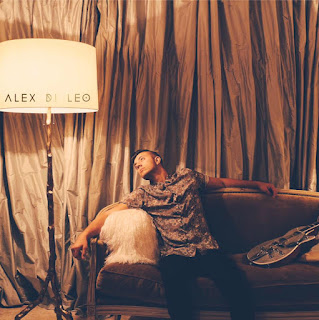 
After the break up for South Florida mainstays Wyld Fly, Alex Di Leo didn’t lay fallow. The results of the interim since their dissolution are fully heard on his debut solo release So We Go. This six song EP is a collection focused, in equal parts, on the basic elements that make a great pop song along with a strongly individualistic bent that twists his obvious influences in unexpected directions. Di Leo has clearly listened long and hard to modern acts like Fleet Foxes, Coldplay, and others of that ilk, but he’s learned different lessons than most from the attention paid. The songs on So We Go bristle with youthful energy and confidence, but the instincts shaping the EP’s art belong to a much more developed sensibility. Di Leo wants to impress us with So We Go and, by that measure; the release is a resounding success.


Di Leo bravely starts things off with the title song. It’s a dramatic, expertly plotted piece of musical theater thanks to Di Leo’s eye for expansive sonic textures. Even though the songs rarely exceed four minutes in length, they feel much wider, bigger. Di Leo generates impressive energy on the EP’s second song “Making It Easier”, but the real highlight of this track and others cut from the same cloth is the skillfulness with which he manipulates emotion through movement in the music and seesawing back and forth from a full-on musical attack to passages much more lean and stripped back. This approach reaches one of its peaks with the third track “Reason”. There is a fair amount of Di Leo’s heart-stirring pop theatrics rising to the fore here, but it’s the sincerity and individuality of the piece that truly makes the deepest impact.


Another of the EP’s peak moments arrives with the song “When We First Met”. It’s hoary but dependable subject matter for a pop song, forever resonate, but Di Leo expresses his narrative in language all his own and the sonic vocabulary has a totally modern slant that will, nonetheless, appeal to older listeners as well. Di Leo’s songwriting does a superb job of alternating dramatic and muted sections on the EP’s penultimate song “I’ve Been Waiting”. The positive point of view dominating the lyrical content continues here, but like elsewhere, it’s never a Pollyanna interpretation of adult life. Instead, songs like this underline the bittersweet interludes we all face while promising ultimate happiness and/or resolution. The EP’s closing number “Waking Up” is the crown jewel in So We Go’s crown. It’s almost classical in its ambitions despite the relatively mundane running time and has a bevy of layers, both lyrically and musically, for listeners to explore. Di Leo could have scarcely concocted a better closer and So We Go would have strained mightily to be any better than it is. This is as fine of a debut as you’ll hear this year and the future is boundless for Alex Di Leo’s musical future.


William Elgin III
Posted by Scottie Carlito at 8:52 AM