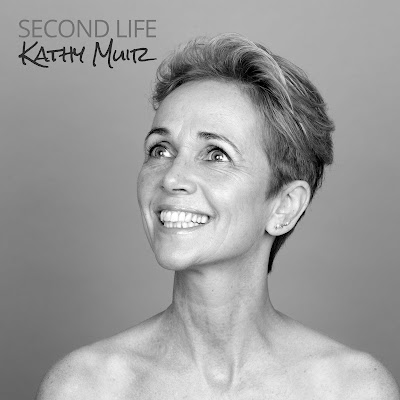 
The stunningly complete and beautiful third album from Scottish born singer/songwriter Kathy Muir is a cause for celebration. Second Life is an eleven song collection concentrating primarily on relationships, but it isn’t strictly a downbeat affair. Muir explores a full range of human emotions connected with the experience of sharing our lives with other people and her songwriting abilities enable her to create ideal sonic landscapes for exploring these themes. She has surrounded herself with a first class assembly of collaborators who help elevate the drama far above the mundane. Not all of the songs adhere to a strictly Americana label – instead, some utilize pop and rock song dynamics with unexpected musical approaches. The primary thrust of the album is acoustic, but there’s a rowdy spirit in some songs that undercuts the laid back feeling pervading the album as a whole.


Some of that rowdy spirit comes through on the first two tracks. “Lucky One” and “Better Man” both start out as muted acoustic based numbers but gradually build a head of steam before transforming into full blown band numbers by the second half of the song. The gradual mounting of tension on both tracks is handled with great patience and good instincts “Simply That” finds Muir moving backwards by design and serving up the album’s purest example of blues with a stripped back, essentials-only feel. She responds to the musical change of mood with her own shift downgear and brings a lot of surprising, to some perhaps, gravitas to her singing. The lyrical content on the aforementioned songs is all quite superb, particularly “Better Man”.


“Stop Messin’ Me Around” revisits some of the album’s rowdy early spirit in a distinctly different package. The rockabilly thrust of the album is quite different from any preceding songs, but it isn’t a purist affair. Instead, it’s a retro nod with a strongly modern air and assertiveness that never becomes unduly aggressive or slips off the rails. “Born by the Water” features stunning lyrical imagery paired with a powerfully consistent, direct acoustic guitar attack. Muir’s voice, seemingly aware of the lyrical quality, sounds much more inspired here than her earlier fine performances and it helps make this track a less-than-obvious sleeper on the release.


The album’s second to last song, “Troubled Town”, is Muir at her most vulnerable. The song is nothing but her voice, words, and piano accompaniment. The songwriting and her singing must stand on their own more than ever before in this context both succeed spectacularly. “Troubled Town” has vividly written lyrical content that seems to focus on both the personal and a larger macro and the haunting music matching her on keys is perfectly tuned to the narrative mood. The album’s finale is a title song that hints at whole new directions possibly opening up for Muir. The union of classically themed backing with her vocals pays off nicely and creates a great deal of epic drama on Second Life’s final song. The lyrics also strike a strongly redemptive note that ends the album well.


Charles Hatton
Posted by Scottie Carlito at 10:02 AM