"God Bless You & Protect You” is a single with ideal modulation 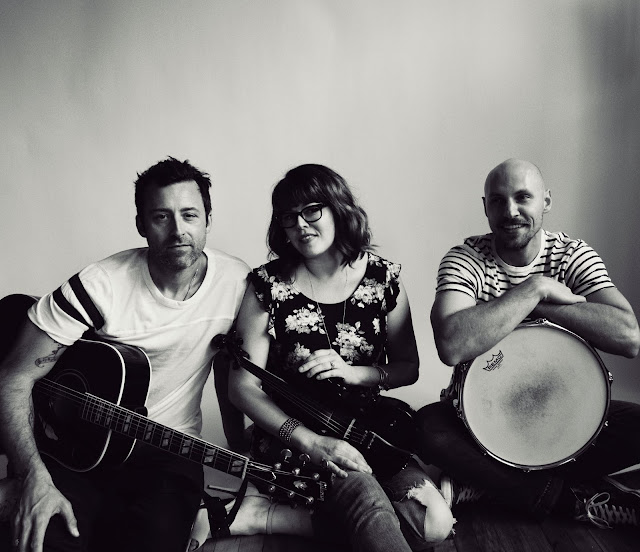 “God Bless You & Protect You” is a single with ideal modulation – the folk duo Owls and Lions, comprised of vocalist/violinist Nicole DeLoi and vocalist/guitarist Jay Della Valle respectively, know what the track demands to be successful and never push it into disarray or heavy-handed dramatics. It begins on an intimate note with Valle’s acoustic guitar providing a melodic musical platform for DeLoi’s voice, but Valle soon joins her on vocals and brings an immediate sense of completion to the performance that endures for the entire track. They make excellent musical partners and seem to share the sort of telepathic connection the best tandems share and their emotive talents seamlessly dovetail into each other without fail. It is an excellent introduction to their latest EP release There’s a Light.

The song draws its guiding impulse from the wildly popular NBC drama This Is Us without ever making direct reference to the show or its characters. The lyrics are staged as a dialogue of sorts between a father and his daughter and take a freewheeling chronological view – present and past connection is celebrated rather than focusing on a specific moment in time. Owls and Lions produced a video, as well, for the song featuring Valle, an actor and filmmaker as well, in the role of the father while DeLoi’s daughter plays his child. There is a wealth of visual imagery contained in the video reinforcing the song’s virtues. Valle works under different musical paradigms away from Owls and Lions, but his chops as a bonafide folk guitarist are without question when you hear “God Bless You & Protect You”.

There’s a near lyricism to his acoustic guitar playing and he shows great restraint and tastefulness with his electric guitar contributions. Drummer Kevin Walters is the final piece of the musical puzzle; he has an assertive style that never overwhelms the track’s sensitivities. It is muscular while still sounding finessed. The structure of the song serves listener’s needs. Moving from a low-key opening into a near striding mid-tempo pace highlights the song’s lean dynamic energy and builds in an intelligent manner towards choruses with a rousing uplift. Even these moments, however notable, are tempered – the obvious experience and skill both DeLoi and Valle bring to the song makes for a captivating yet stylish listen. It is difficult, if not impossible, to dislike this song – I certainly cannot.

Though I have yet to hear the remaining four tracks on There’s a Light, I am confident based on “God Bless You & Protect You” alone they are promoting a real winner with this release. Owls and Lions offer something you hear less and less of in the modern musical world – an unaffected and honest artistic experience free from even a whiff of pandering and, instead, reflecting a human impulse to communicate with audiences in a clear yet artful way. There is no fat on this song, no self-indulgence. Owls and Lions’ “God Bless You & Protect You” is a moving and deceptively simple song that I love without reservation.