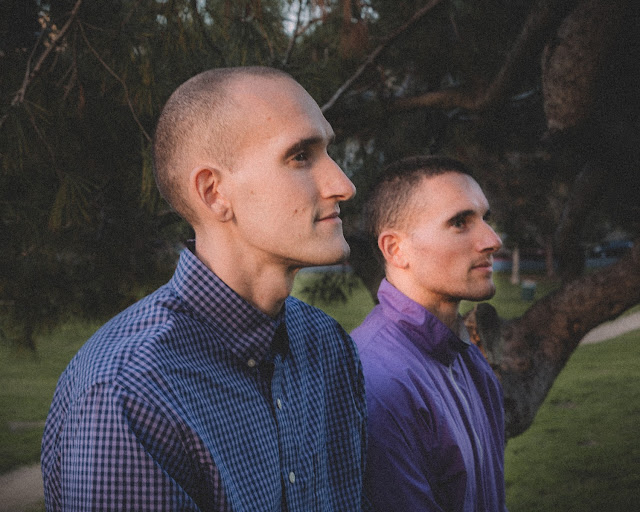 Breakups are never easy and saying something new about the end of a romantic relationship through the medium of popular song is no small achievement. Songs celebrating or bemoaning the loss of love, cars, lust, and having a good time are staples of the rock music and popular song in general, so it is notable when a young act can address any of those subjects with their own idiosyncratic turns of phrase and a fresh perspective. The Gillum Bros originally hail from a longtime hotbed for rock bands, the Motor City of Detroit, and they definitely include some nods to those musical elements in their latest single “Sticky Note”, but other factors play a part as well. There is the hint of balladry in the track, a strong singer/songwriter influence, and even a theatrical bent all coming together in one of the best singles I’ve heard in recent memory.

The theatrical elements are manifold. Vocalist Ryan Gillum brings his fine lyrics further to life thanks to his emotive phrasing, but there’s never any sense of him pushing too hard on the words and melody. Instead, he seems to be coaxing his emotions to the surface of the song as if one verbal misstep might drag him full on into bitterness and recrimination. Glimmers of those feelings do shine through however and take the form of brief flashes of rough hewn humor in the face of heartache. Another way the theatrical component manifests itself is visually.

The music video for “Sticky Note” positions Ryan Gillum as the central figure in its small cast and he does an excellent job of physically embodying the song’s emotions without ever overstating himself. It is a quality shared by Keith Gillum and the beautiful woman playing his now ex-girlfriend. The video toys a little with listener’s preconceptions about the rivalry between brothers defining so many similar acts in popular music history but, once again, it is understated rather than belabored. Directed by Will DaRosa, the video for “Sticky Note” has a smattering of the same humor we hear in the lyrics and a stunning visual sense guaranteed to hold viewer’s attention.

Keith Gillum’s musical involvement with the track rounds everything off. He is a superb musician with arranging talents that leave nothing to chance and cleave any inklings of dross from the composition. His arrangement begins the track on a downcast note with its dark piano lines and he soon fleshes it out in full with the inclusion of spot drumming, organ, acoustic guitar running under the song’s surface, and swaths of electric guitar punctuating the song as a whole. I am quite taken by this track. The Gillum Bros are adept at melding their distinctive songwriting voices with time-honored traditions yet make them sound fresh – as if they are the first performers to turn their hands to a song about a broken relationship. The personality and skill shining through every moment of this song makes it one of the more compelling and satisfying listening experiences I’ve enjoyed in 2019.