Onlap are dishing out some of the biggest and baddest grooves 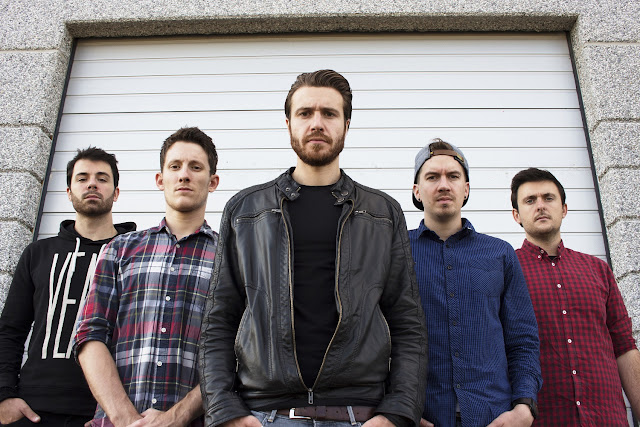 French hard rock syndicate Onlap are dishing out some of the biggest and baddest grooves of the summer in their latest single, “Miracle,” and its potently exciting music video, both of which (justifiably) have critics from one side of the Atlantic to the other abuzz at the moment. While it’s definitely a riff-oriented rock song, “Miracle” isn’t about celebrating the chest-beating swagger of its genre exclusively – here, Onlap act as poetic storytellers with a lot to say about where we’ve been going lately and, more pressingly, what we’re supposed to do about it as a people. Put simply, this is real rock with a conscience.

The bassline is as much of a beast as the guitars are in “Miracle,” but I think that it’s important to point out just how well-defined it is in the master mix. Unlike many of the metal-influenced singles that have been making headlines this August, this track doesn’t have any sort of muddiness in its multilayered attack – actually, it’s one of the crisper cuts that I’ve heard out of any rock group in 2019. Onlap don’t have to assault us with noise to make us feel the intensity of their wallop, and they were wise to avoid such excesses here. Even though all of the different components within “Miracle” have their own moment in the spotlight, you could definitely make the argument that everything in this song – from the percussive pattern to the structure of the riffs and right on down to the very cadence of the bass and drum interplay – is constructed as to keep the lead vocal track at the center of our attentions from beginning to end. Even in the music video, it’s quite difficult to focus on anything else when our singer is lashing away at his backing band with one crushing verse after another. He’s on fire here, and setting his fellow players ablaze with every word he belts out.

As far as rock videos go, this one just might be the most cinematic that I’ve seen in a long time. The premise is minimalist in spirit, but the colors, the audio and the way that director Mathieu Spadaro strung all of it together is truly larger than life. This isn’t a group that needs a lot of bells and whistles to look the part of a modern rock god-collective, but they’re certainly shining their brightest in this music video and the source material that inspired its creation. Onlap have struck gold yet again in this latest slab of heavy metal might, and even if you’re not the biggest fan of hard-edged rock n’ roll, “Miracle” is a track (and a music video) that I would recommend taking a peek at just the same. It isn’t often that I come across a song of its style that has as meaningful a narrative as this one’s got, but at this point I’ve come to expect the unexpected from one of France’s most criminally underrated bands. They’re on their way to genuine mainstream exposure here, and by the time this year is over, my gut tells me that a lot more people are going to be talking about the majestic music of Onlap thanks to this recent release.