Angie and the Deserters – You 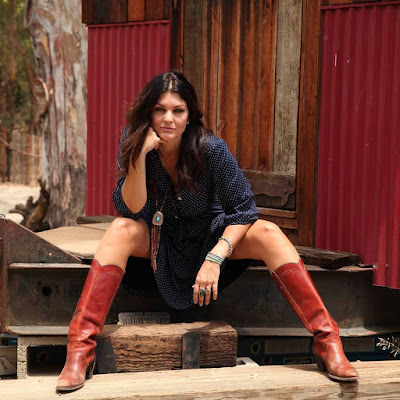 
Third releases carry a certain weight. Many longtime music fans know that by the second or third album is when a band or solo performer finds the true range of their skill and delivers the fullest realization of their potential. Angie and the Deserters’ third recording You has six songs certainly showing that Angie Bruyere and her band have established a new level of excellence for their songwriting and musical performance alike. The good news is that there is no evidence they cannot and will not further develop with additional albums. Taken on its own and reflecting on previous releases, it is all but inarguable that You represents another entertaining leap forward for Bruyere and her accompanying musicians. These are songs that sturdily invoke tradition while completely rewiring the clichés and tropes for a new era and an individual experience.


“Stay” shows depths and skills an emotive vocalist that Bruyere began hinting at with the previous release now fully bloomed. She caresses and slowly draws out the verses, playing off against the mandolin and guitar alike, weaving her voice through the creases of the song. There’s a beautiful artfulness to the construction of “Stay” that raises it far above the typical weepy modern country radio fare. There’s authenticity and real emotion. The same qualities make “Forgetting to Forget” equally memorable, but this song moves a step beyond with its exceptional lyrics that make use of tradition for greater purposes than tribute. In some ways, the song is reminiscent much more of outlaw country ballads with its deeper emotions than classic country from an even earlier era. “You” has a light-footed, graceful movement thanks to its time signature and Angie Bruyere takes great advantage of the waltz tempo to give an unusually emotive vocal. The theatrical aspect to the performance never undermines its credibility and instead helps make the unhappiness of the lyric softer and less grievous.


We are back to first principals with the next song “17 Days”. This is one of Angie and the Deserters’ most respectful nods to traditional country crossed with a slightly rambunctious honkytonk edge. Her vocals clearly relish the song’s mix of personal imagery with many of the popular totems of American song – the highways, the empty beds, the taste of regret. It’s never too heavy handed, however, and the loose limbed approach from the band makes everything quite enjoyable. “When the Nighttime Comes” has its roots veering much closer to rock music than anything preceding it, but Bruyere and the band use it as a stylistic affectation rather than ever allowing it to drive the train. They layer the stringed instruments in with the addition of acoustic guitar and mandolin, but the crowning achievement of the song comes from Bruyere. She sings this just right, playing to the song’s need for atmospherics without ever crossing the line into the sophomoric and overwrought. It’s the last dramatic zenith on an EP packed with memorable moments. Angie and the Deserters have scored big with You.


TWITTER: https://twitter.com/AngieDeserters
Charles Hatton
Posted by Scottie Carlito at 9:01 AM