Juliet Huns - Behind the Scenes 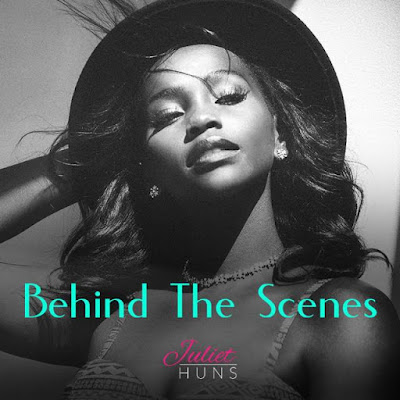 
Behind the Scenes is a great title. The three songs on Juliet Huns’ debut album do take listeners behind the curtain of her heart and reveal to anyone listening an artist of great passion and skill. She is a singer with a wide emotional range; her voice traverses a path from passion to playfulness, determination, and soulful reflection. She is accompanied by a bevy of keyboard and synthesizer sounds that never strike listeners as having been constructed thanks to their warmth and the lack of omnipresence in the mix. Some performers in this area rely too much on those artificial sounds at great expense to the songwriting or else fail to achieve an interesting balance with broad-based appeal. This Kenyan born performer never sounds foreign to our experience and the material on Behind the Scenes will resonate strongly with anyone who has a beating heart.


The first song “Realized” is an ideal way to begin the EP. It’s the closest thing to straight pop song that you’ll find on Behind the Scenes and shows her authority with this sort of material is absolute. Huns’ phrasing and her confident trajectory are the stuff that distinguishes veteran performers, but she brings a surplus of energy to her vocal that sparkles with youth. Even the relatively bitter experience related by the lyrical content never turns into drudgery with her skillful voice manipulating the lines for maximum dramatic impact. The traditional pop elements at play here help immensely in putting the song over, particularly the effective crescendos marking the song at its midway point and near its conclusion.


“Gone” bears some resemblance to the opener, but Huns marshals different sounds to make her point. The quasi-guitar lines, courtesy of the wealth of electronic instruments employed on this EP, give the song a jaggedly edgy appeal. The chorus is probably the song’s high point and doubles down on the guitar-oriented sound with Huns delivering a very emphatic vocal. Like the other songs on Behind the Scenes, Huns never taxes her listener’s patience and keeps the running time well within the lengths of the typical pop track.


Behind the Scenes concludes with “Red Line”, a song with many moods. The verses rely on a relaxed, laid back approach but the song has excellent dynamics that build those restrained passages into an assortment of memorably climatic moments before the final curtain. The imagery is a little unusual for a familiar subject, but it gives a pleasantly fresh spin to otherwise standard fare in the genre.


Juliet Huns lays her heart bare over the course of these three songs. The synthesizer and keyboard work never deprive her voice of its humanity or musicality and complement it quite well. Behind the Scenes is a short release, but she never fails to explore a variety of moods and sounds to make it sound like a much bigger experience than its duration might otherwise suggest. We will be hearing more from Huns and, undoubtedly, it will continue to build on the stunning success she’s achieved here.