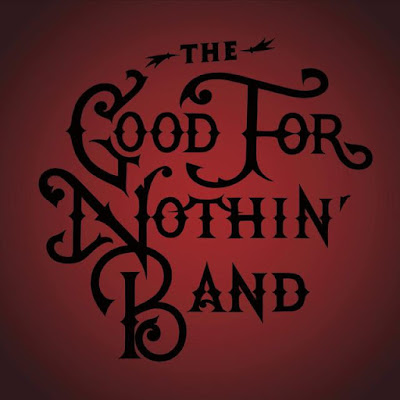 
The ten song first release from New Orleans Dixieland jazzers and blues aficionados The Good for Nothin’ Band doesn’t confine itself to one or two narrow representations of these classic American forms. Instead, Maniac World veers across the full expanse of that area on the musical map and takes chances that lesser bands would have avoided. They are clearly as well versed in blues music as they are jazz, but the album only features a few nods in that direction. The addition of a trombone and trumpet player to these songs makes them take on new shapes, highlights melodies, and competes with vocalist Jon Roniger for a vocal role in the mix. It’s almost like the band has three vocalists and some of the most remarkable harmonies and counterpoints in modern popular music.


The first song that will likely grab every listener by the lapel is the album’s second track “DNA”. The band’s writing flair gets a real exhibition here as they make outstanding use of the central metaphor and pull out impressive variations on it. It’s vocally dead on from the first line to the last and Roniger’s vocal only strengthens the inherent qualities in the lyric. The Good for Nothin’ Band raise a worthy racket with this song and the energy is palpable. The album’s title song, “Maniac World”, has a lot of musical style, but the lyrics don’t quite measure up because they are working within a tradition that the writing can neither transform nor transcend with the personal. Another school of thought is that this is solid songwriting for exactly that reason – it plucks on a resonant chord in all listeners./ The blues backing is very theatrical, sometimes a little heavy handed, but ultimately ideally atmospheric for the song.


“Bosom of Extremes” steers back to a much jazzier direction, but the band’s touch remains light and distinctly melodic. Time after time on this album listeners will hear just how important the trombone and trumpet are for adding color to this album. “Romeo in Rags” is an acoustic based blues vividly augmented by the brass section’s contributions. Roniger really knocks his vocal out of the park here and it’s the album’s best blues pastiche yet. The closest the band ever comes to rock and roll comes on “Lips Like Candy” with its high energy level and an appropriately stirring vocal. “Snowing in New Orleans” is an incredibly percussive tune with a variety of pulses that the other players weave their magic around. The lyric is, likewise, quite good with its invocation of place so crucial to the band’s identity. It’s an excellent prelude to the album’s last song “One Last Call”. This is the long, deliberate goodbye that listeners deserve and it feels like one of the album’s more personal statements. There’s an almost perfect circular quality to this album, a sense of classical unity that’s difficult to achieve on a music album, but that’s what we have here. Maniac World is a fantastic achievement by any measure.