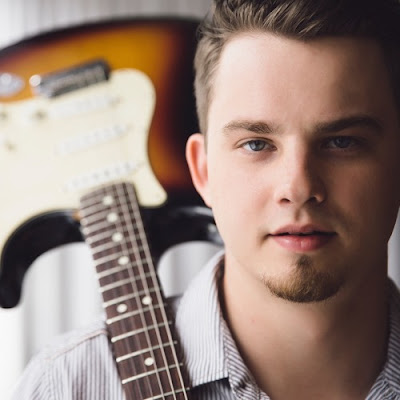 It usually takes a few times to set in before getting completely won over by anything, but this only took one time to conclude it is a majestic sound to behold. Clay Melton Band is an EP that rocks to the core around a soaring guitar sound that fills every crack and makes it all the more solid. This isn’t a virtuoso thing but then maybe it is, as Melton himself shreds like a guitar god on this. Every track features awesome guitar playing, with songwriting that varies from radio pop rock to harder forms of the same, but obviously shows they can play anything. Even if they have a long way to go, it sounds like they started years ago. I think it’s worth taking a deep look into this set of terrific gems. I have not one qualm about that.

If you love rock music and this doesn’t turn you on, nothing will. The Texas guitar influences kick right in on the lead single “Tonight.” The riff is clearly of that region but then it goes into a more mainstream rock direction but it’s a very fresh sound over all. The guitar continues to make its presence at every opportunity throughout what is an epic opening jam of an opus. The drums are pulverizing as the bass pulsates heavily all the way. It’s almost overwhelming and hard to process at first, but it winds up being a thing of beauty worth repeating time and again. It really makes you wonder what’s to come next, with three more tracks left to go. Boy is that a lot to start with.

After all of that fire and brimstone a delicate acoustic guitar comes in on “Home” and brings a holy sound with it before the big moments kick in, and another great track is born. This is a very well-crafted track that competes with all heavy hitters. It sounds like some 80s and 90s influences are what mostly bring out the best in it, but it isn’t devoid of modern touches. The Texas side of things shine a little less but then there are a lot of influences to touch on. Just as one comes along another stamps it out and then Clay stamps the next out, and so on. But this is easily as good as anything on here, and that is all that matters in the grand scheme of describing it. It just has everything the first track has and more, so far so good.

Next up is the gangbuster laden “Remember” with its almost industrial vibe. This comes with a chugging riff and some clean vocals to swim against the tide and make for an eclectic track. Nobody sounds ill at ease or forced to play outside of the box, but they manage to go there nevertheless. It’s not so easy to describe but this is amazing, and that is the only word for it. There really isn’t anything to advise concerning such a serpent of a sound they have. This is certainly as good as the other tracks, so it’s worth as many repeated listens, as they shout over his voice in the background. You have to love everything about this, if you get wind of it you will see. The proof is always in the pudding, and this flavor is decadent.

You really find that out by the time it is over with the mesmerizing “Stop And Listen.” Now this is the type of ballad many bands from the Austin area seem to be coming up with, but Clay Melton has his own twist on it by not staying in one groove. This is classic but it’s also a new signature for him to work with, because it can bring back what embodies it if they stay at it. It just bubbles along so nicely it’s almost. Unbelievable, and you’re drawn in for the duration and want to keep it on loop. In fact the whole EP is a loop worthy title. Clay keeps it real with some pleading at the end of this which gives it all the honesty it needs to keep it from being too glossy, and that’s just one of his assets. And he has many assets.